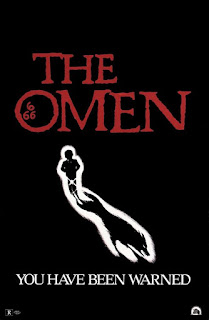 We need a word. A word that means ‘that feeling of grim satisfaction when your warnings were ignored and things have gone tits up as you knew they would’. That inward sigh and tut of disapproval that accompanies an ‘I told you so’. That feeling of being both ever so slightly smug that you have been proven right, frustration that you weren’t listened to in the first place, and weariness that you’re going to have to deal with the fallout of a situation that you had already advised against.

The thing with me is that I ‘get’ people. I can write a pen portrait of 500 words of pretty much most people, based on their twitter bio. Trust me, it’s a skill I have. I’ve written about it before. A natural curiosity, a lifetime of observation, and quietly, unintentionally processing what I see happening around me. I don’t try to understand people, I just do. It’s become innate.

So bollocks doesn’t work on me. I know when people are dissembling, when they’re masking their true motives, even when people are lying. I know what you’re trying to achieve, or what you’re trying to hide (especially you reading this on your laptop with the guilty expression, you just tried to smother it with a half laugh and now your eyes are flickering from side to side. That’s it, take a swig from the drink next to you as you try and plan an escape route from my unintentional scrutiny…. But you should know that there is no escape).

It sounds like this should make my life easy. That I can see behind every word, every action, every carefully constructed profile. Well, no. No, it really isn’t easy. It’s bloody hard. Because everything then becomes a process of evaluation. Why is this person lying? Who is that person trying to impress? He quite clearly fancies her, but she’s too shy to realise. Those two are shagging. That person is a single issue fanatic and not hiding it very well. That man is a selfish fucker and is very soon going to see the error of his ways.

The problem I have is do I say something? Do I call the selfish fucker on their behaviour? Do I speak up when someone is lying? Do I warn others about something dodgy? Because the risk is twofold. Firstly saying ‘Look, I just have a feeling’ makes me sound like some kind of purple crystal woo bollocks purveyor who says we all have auras and trust your sixth sense and let’s all dwell by waterfalls and positive energy has healing properties. Someone, in short, not to be trusted. If I go the other way and try to explain what this feeling is based upon, the evidence is scantier than a crotchless lace g string. Because it is always based on tiny things. Teeny tiny, unimportant, unremarkable words, gestures, and actions. And to have observed, understood, and then filed away such mundane little moments makes me look like a creepy fucking single white female stalker nutjob, which also does not bestow an air of credibility upon me. Quite often the reverse of what I intended, usually – warning against a person or course of action – is achieved, and my warnee, as I might term them, very deliberately does the very thing I’m advising against, out of contrariness, a desire to prove me wrong, or just sheer fucking selfishness.

And then of course, it does all go wrong, falls apart, gets to fuck. And in the smouldering wreckage of a perfectly avoidable calamity, in the hurt, confusion, and anger, I yearn to say ‘I told you this would happen.’ In some cases I actually want to grab people by the collar and snarl ‘Why the mascara arse did you think you knew better? How many times have I been right before? Why the buggery hell did you not just pause and consider what I was saying, instead of creating this?’ I don’t do that, obviously. It’s hardly likely to help an already difficult situation. The meal I warned you against eating has already given you food poisoning, and all I can hope for now is to ameliorate the effects.

But I can do one other thing. Remind you that whoever you are in my life, whatever role or function I perform, whoever I am to you, you have chosen to have me there. Maybe you like me. Maybe you care a bit. Maybe you just have to tolerate my presence in order to achieve something for yourself. And if I am concerned enough to issue a warning, it means that I think my worst fears are going to be realised, and I am urging you, with every strand of The Mane, to listen to me. Because I know people, I know behaviour, I know how a sinkhole can open up in your life unexpectedly, and if I can avoid that, I will.

So if I am worried, so should you be. If I am worried enough to tell you that I’m worried, listen the fuck up. Because as I said in an email to someone not so long ago ‘I will not discuss this further with you. I sincerely hope that this decision of yours will not come to be a cause for regret.’

He regrets it now. But then I knew he would.
Posted by Put Up With Rain at 21:46 No comments: