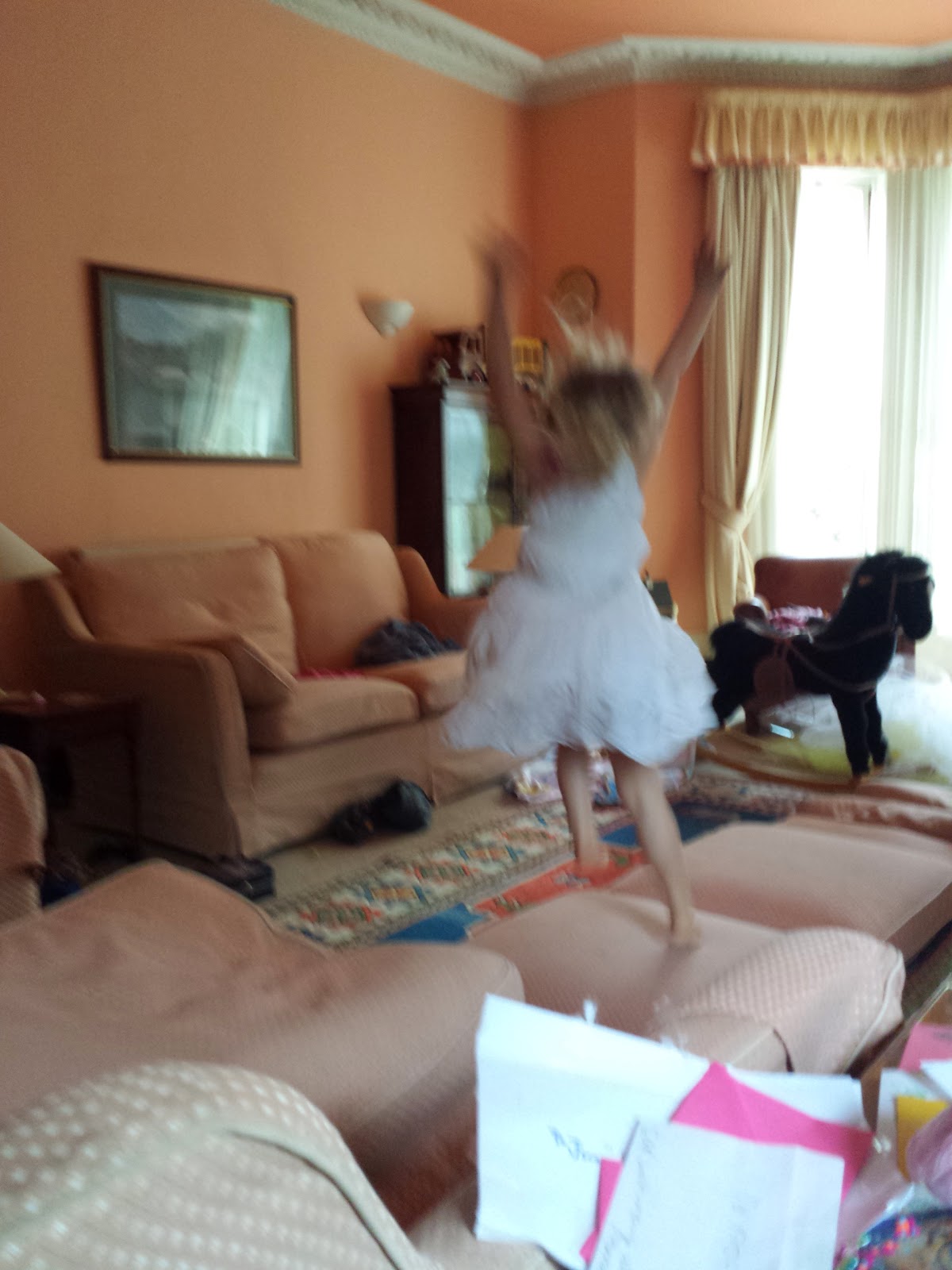 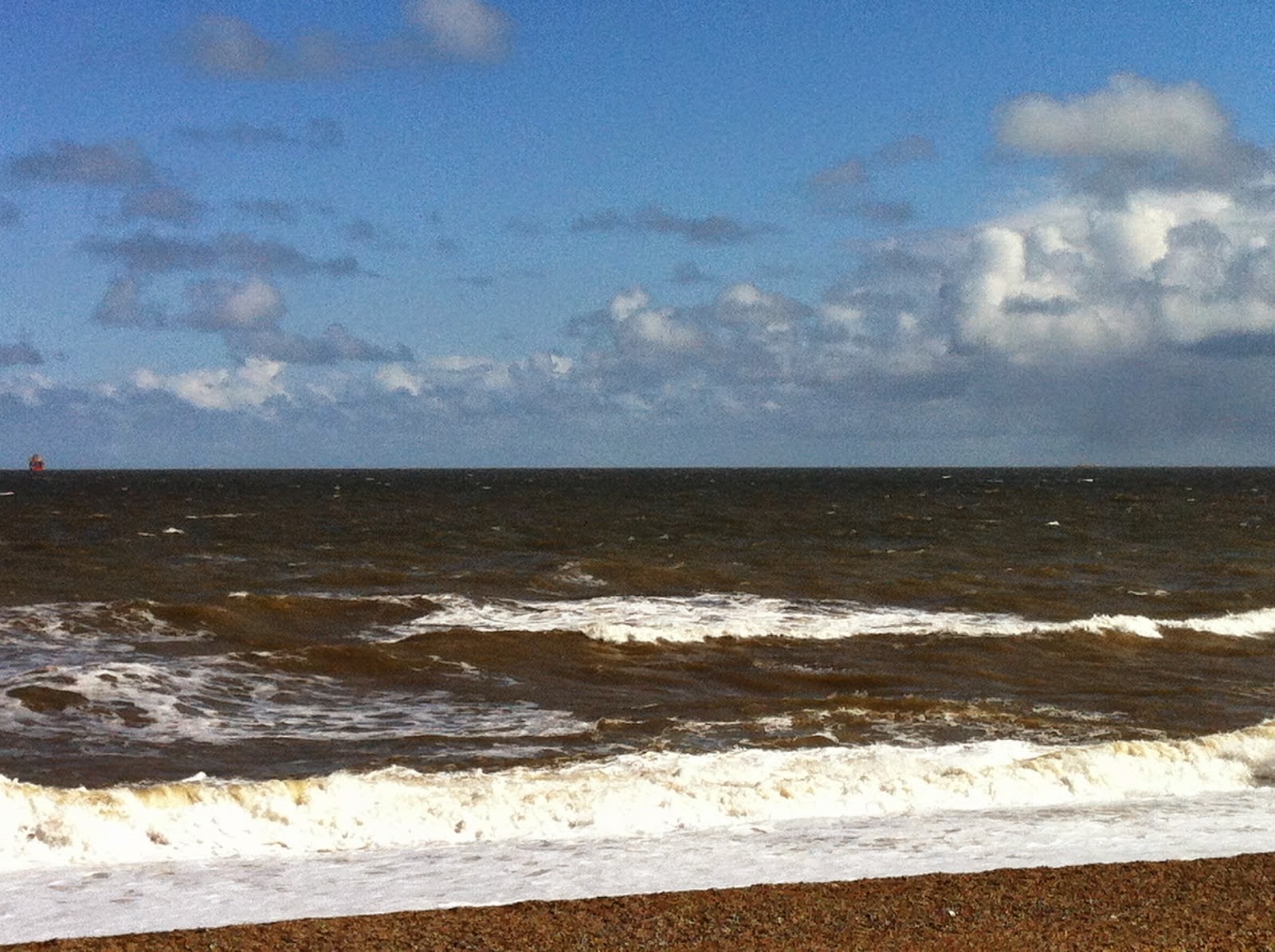 I must go down to the seas again, to the lonely sea and the sky,
And all I ask is a tall ship and a star to steer her by;
And the wheel’s kick and the wind’s song and the white sail’s shaking
And a grey mist on the sea’s face, and a grey dawn breaking.

Let’s get one thing straight. I don’t always cry in churches, ok? Not always. Just, erm… a fair bit. It’s not my fault (it is). 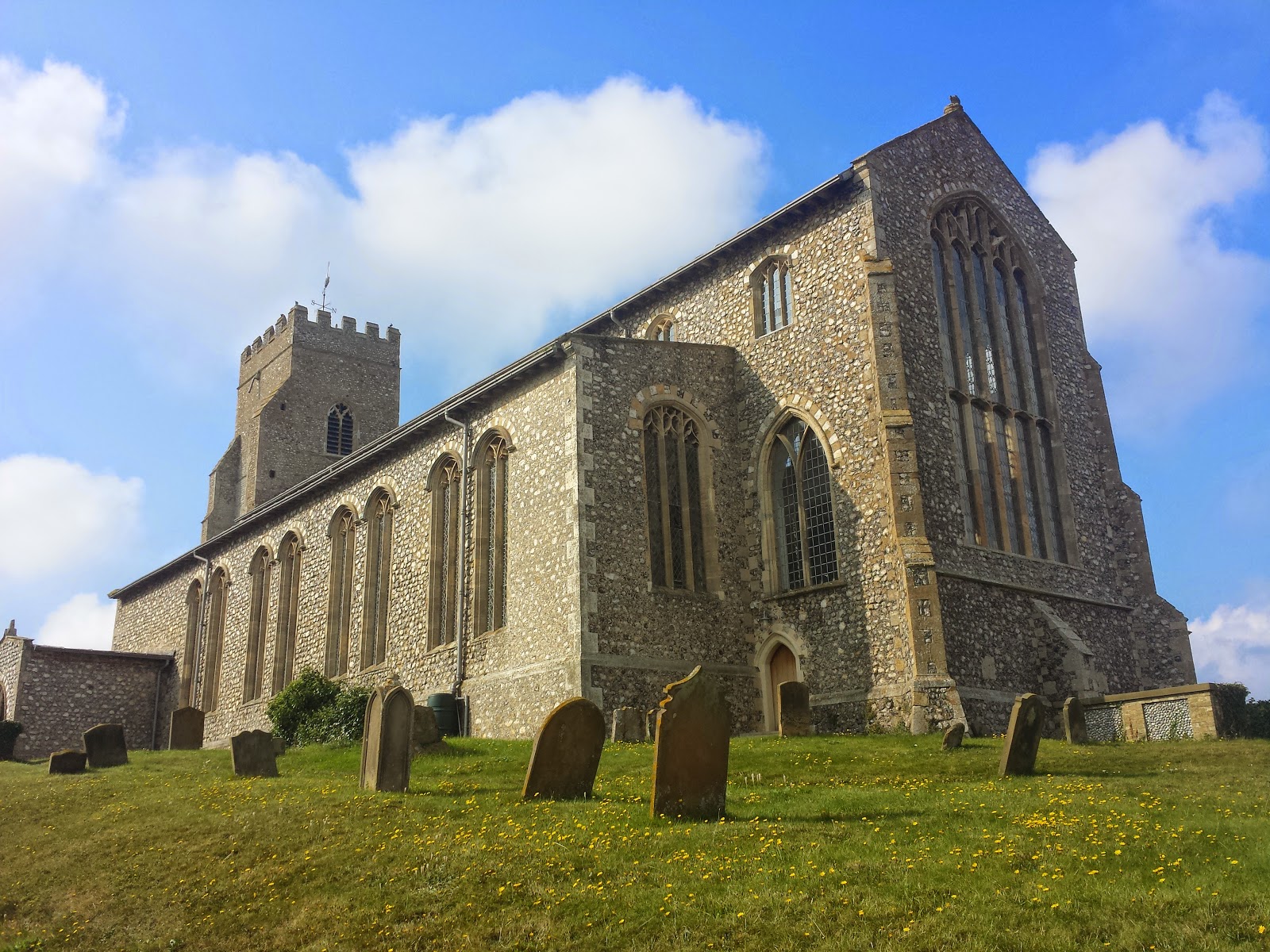 The exception to the rule is Salthouse. Salthouse has never made me cry. It’s not the most beautiful church in Norfolk; it’s not the grandest, or the most significant. But I had as close to a religious experience as a confirmed, dyed in the wool atheist is ever likely to have in St Nicholas church and from that day on… ‘my heart has left it’s dwelling place, and can return no more.’ It will always be special to me. 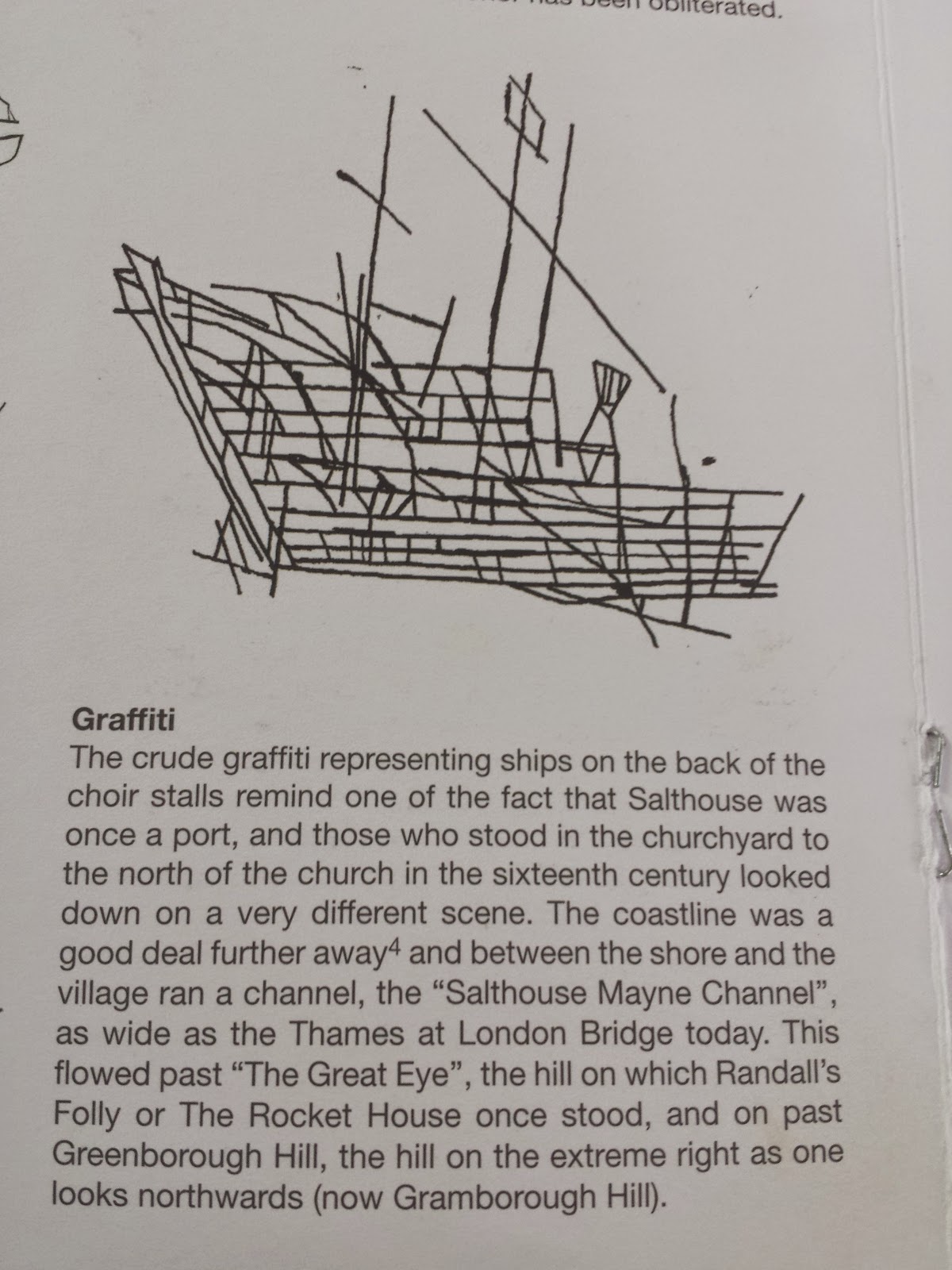 ‘The crude graffiti, representing ships…’   It made me laugh when I first read it all those years ago, and it’s still making me laugh now. You can hear the tone of disapproval, see the pursed lips, the bridge of the nose pinched between thumb and forefinger as the writer is forced to admit that, yes, horrifyingly, some utter wretches (choirboys, doubtless) desecrated this sacred, hallowed place with   GRAFFITI. Utterly despicable. How could they, what kind of child, down with this sort of thing, careful now, etc. That guidebook was written in 1953, but you still see that kind of attitude around now.

Not me. Never me. For one thing, although, yes, some of it is fairly basic and simplistic depictions of ships, some of it is incredibly intricate, and must have taken hours and hours of painstaking effort. Look at that. The detail is just phenomenal. 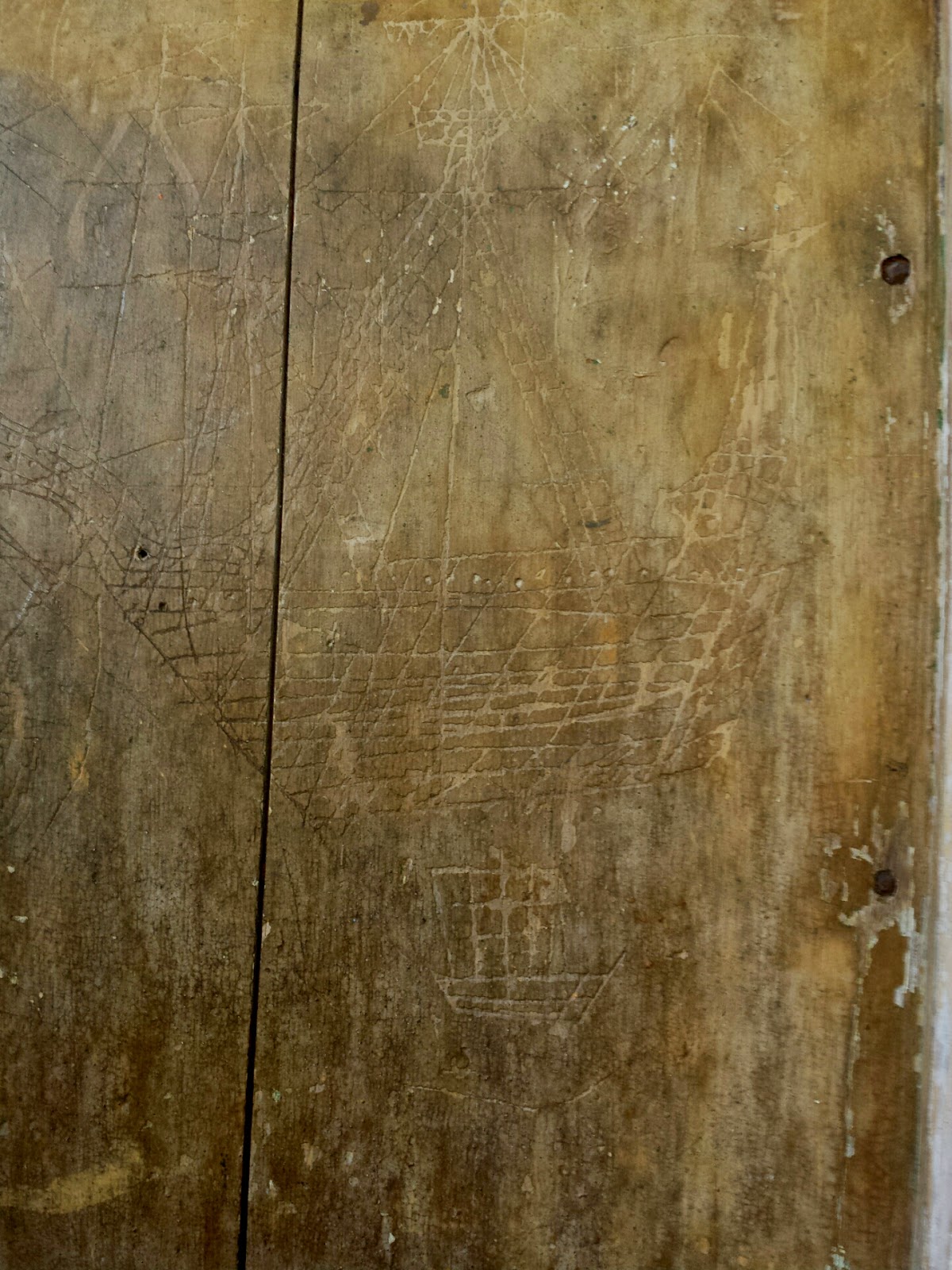 And even the simpler carvings have a beauty all of their own. This one is my favourite. I can almost see the horizon behind it as it sets out on a voyage, leaving land far behind. 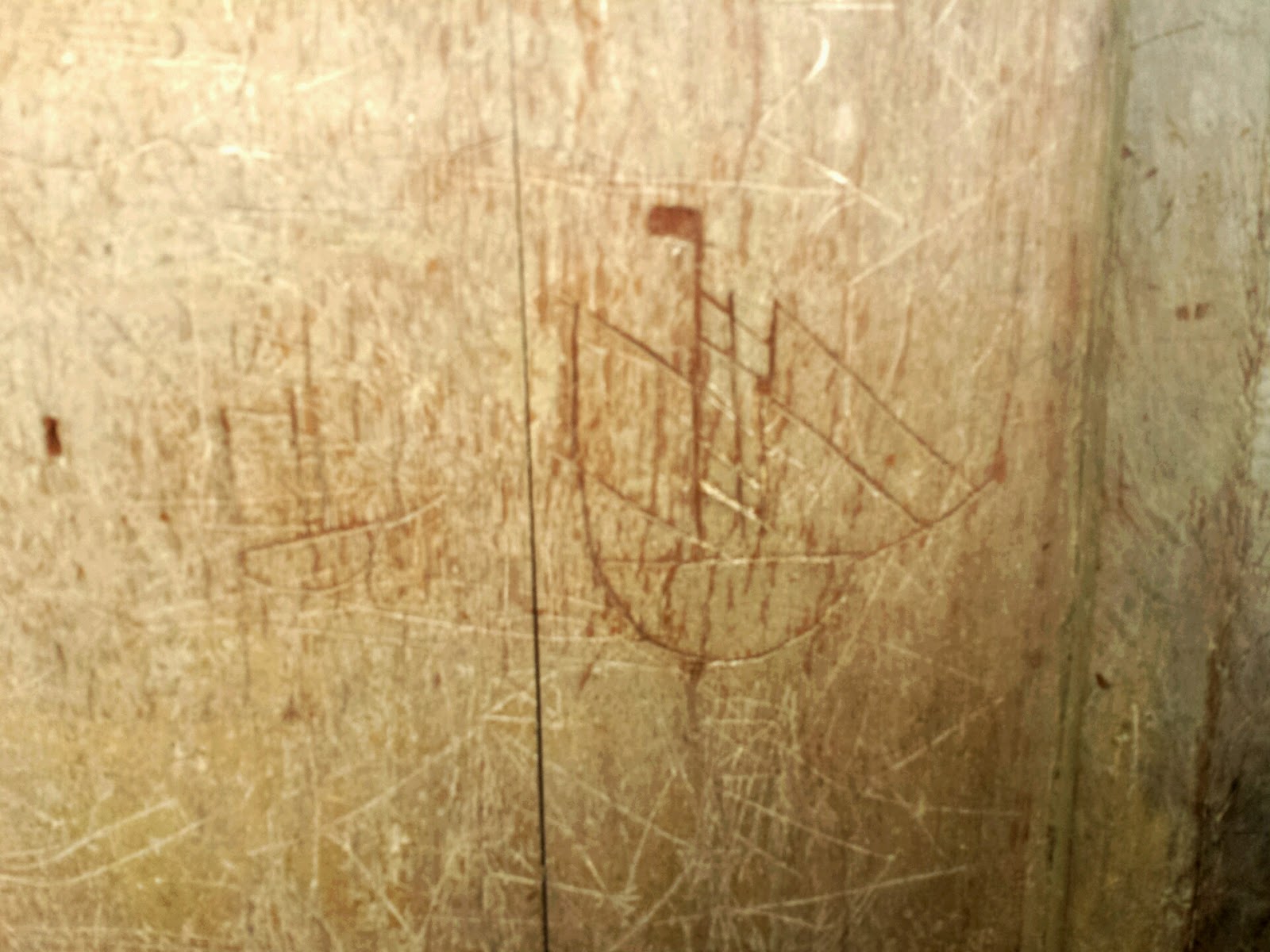 But it’s not just what it is; it’s what it tells us too. Like the guidebook says, Salthouse was quite different, back then. Now it’s separated from the sea by marshes. But once it was a major trading port, with a wide channel that saw tall ships sail. This little village was once rich, important, it mattered. How many people set sail from here, looking back to shore? For how many people was Salthouse the last place they saw? For how many people was the tower of St Nicholas a marker, both of departure and arrival? 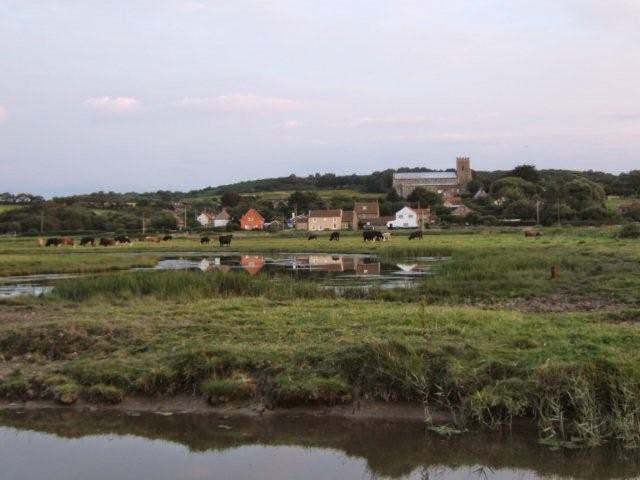 Then, slowly, the Mayne Channel silted up over the centuries, trade moved on, Salthouse didn’t. Sic transit Gloria mundi... And left Salthouse behind, poor, plain, obscure. When the Victorians and Edwardians descended on Norfolk for seaside holidays, they stayed further down the coast, at Cromer and Overstrand. They didn’t venture that little bit further to a desolate little village, huddled around a green. 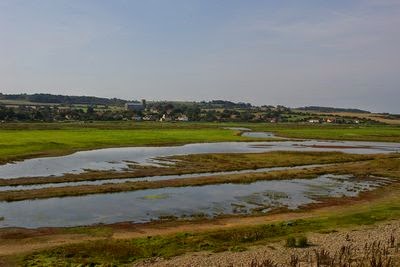 And it stayed that way for a long time. Even as far back as twenty years ago, it was still very little, a dot on the map, a place to drive through, rather than to, for most people. But now, it’s very different. North Norfolk has been tweeified beyond belief, and at weekends, the village is a veritable showroom of black 4x4s, parked nose to tail around the green and up the narrow lanes. Women in skinny jeans and pristine Hunter wellies accompany men in waxed jackets and tweed caps, taking over the pub and café. These new incomers come not to trade, nor to worship, but to be seen. They don’t delve further. They wax lyrical about how perfect it is, how untouched, how unmarked by time, but they don't see what is around them.

Because if they were to venture just a little further along, up Grouts Lane, to the church of St Nicholas, they may find something that makes them question history as they were taught it at school. That it’s not just an inevitable, chronological roll call of kings and queens, of armies, of governments. That lots of monuments and statues can be very impressive, but beauty can be found in something as simple as a few lines. 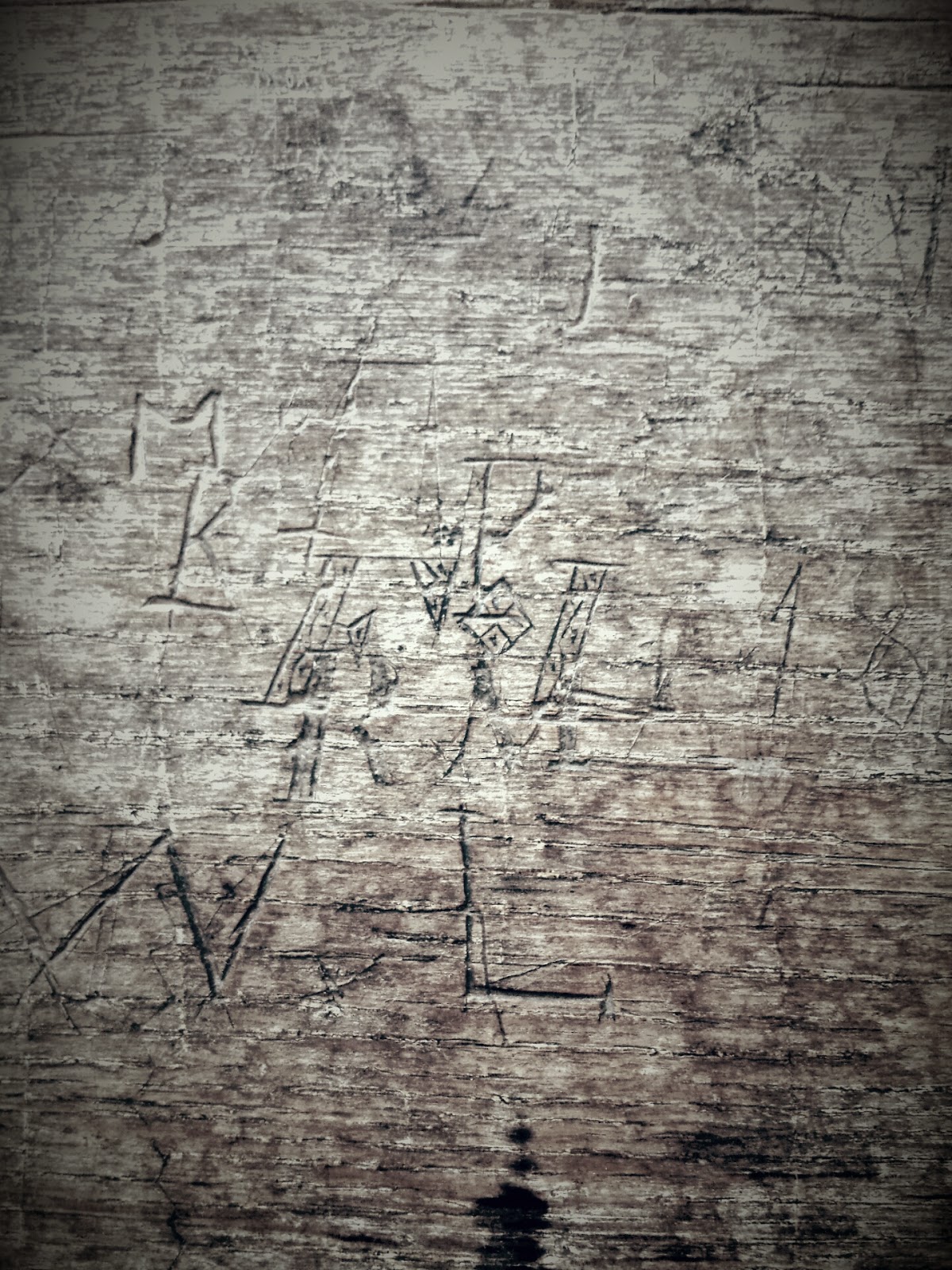 And maybe, these new visitors might realise that time isn’t a straight line, stretching from that year to this, but a spiral that bends, and loops, and keeps moving, but also curves around itself. People and places rise, fall, then sometimes rise again, just like Salthouse has. That it’s popular now precisely because it fell into obscurity for so long, and is now so unspoilt. History repeats itself… repeat to fade. 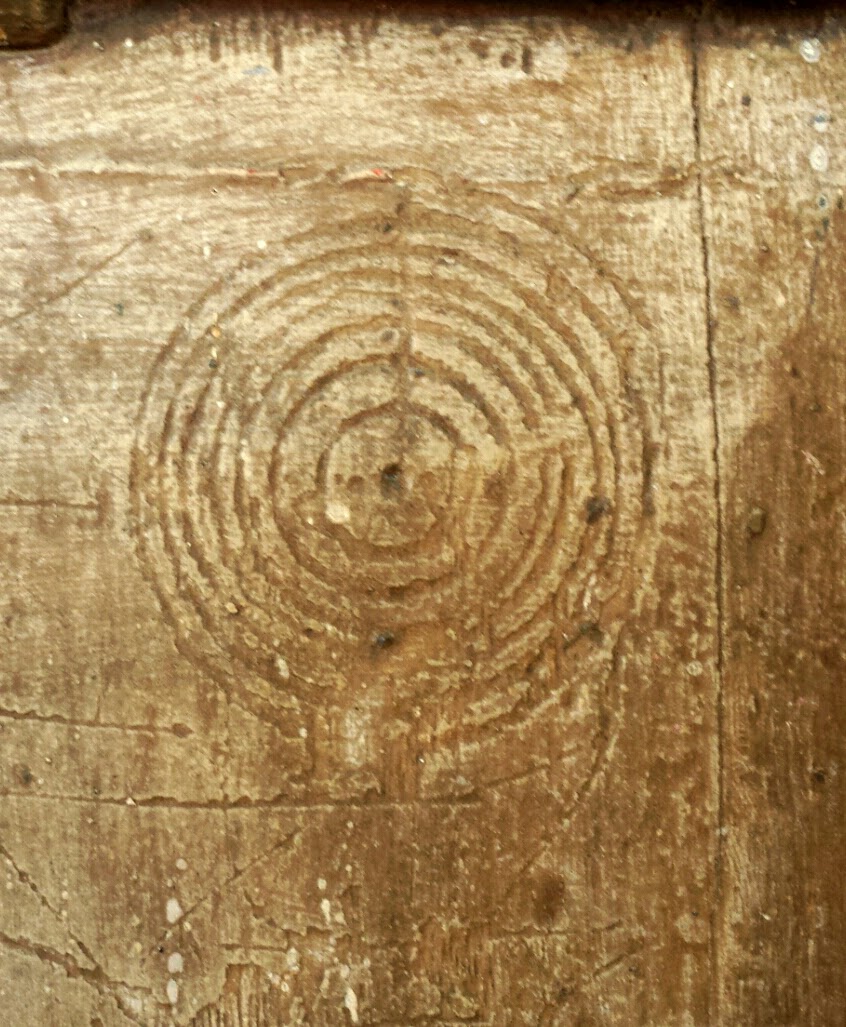 And who knows what the future holds for it? Who knows how fashions will change, where the crowds will move on to next, when this new channel will seal up, leaving Salthouse in obscurity again? But what won’t change are the church, it's ships, and the sea.
Posted by Put Up With Rain at 18:12 No comments: