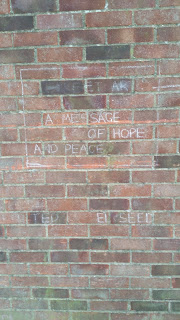 For the first few years afterwards, I didn’t mark it. Didn’t think of it. Didn’t want to think of it. I felt that I was still too attached to the date. That as much as I pulled away from it, all that I was doing was stretching the elastic between then and I; that one day everything would snap and I’d be back to where I was then. Like a bungee cord, I could only get so far before being yanked back again.

The rush of elation that accompanied that discovery has been embarrassingly recorded for posterity, both here and all over the internet. Whenever I try to describe how it feels, I know that it sounds like trite motivational bollocks, ready to be superimposed over the sun rising across the ocean. Trust me; I’m not given to that sort of soppy wankchoppery. All I can say is that I feel euphoric. I could be dead. I should be dead. But I aten’t dead.

If anyone had told me six years ago ‘You won’t just be alive. You’ll be thriving and happy to be alive’ I would have nodded blankly as tears ran down my face and known that they were lying to me. If they’d then gone on to add ‘Oh, and you’ll be a single mother, living on benefits, about to move into a council flat, and although you’ll still have depression, you’ll be the happiest you’ve ever been’, then at least I would have known that they’d got me confused with another person and directed them elsewhere.

But no, that person is me. Writing this now, through a flood of tears of genuine happiness. Smiling, thinking about my Blondies. Thinking of our future. I don’t fear the future, not now, nor do I worry about facing it. See that tangle of limbs, with Mane freeflowing, a booted silhouette racing towards the horizon? That’s me. Running joyously to embrace the future, my future, whatever it may hold. The future I would never have had. The future I shouldn’t have. But today is the day I didn’t die. Today is the first day of the rest of my life. 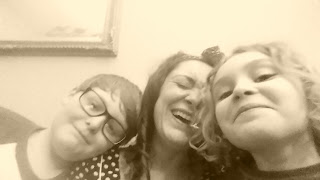